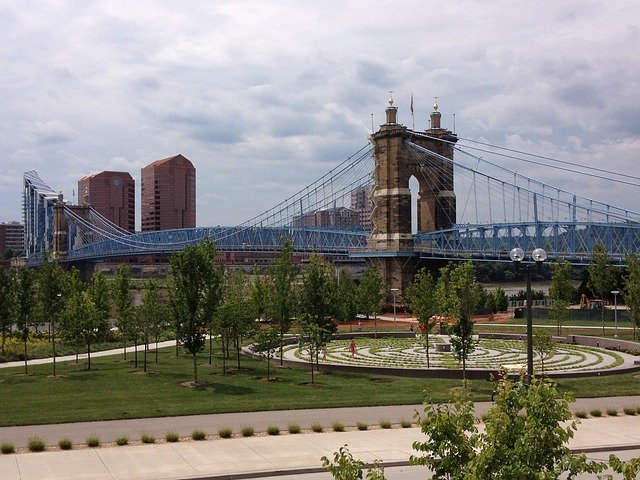 Whenever you plan to move into a new town or city, it is prudent to research the new place. By carrying out your studies, you will identify the good and bad things about the place. Living in Cincinnati has pros, like low living expenses, availability of health and education services, employment opportunities, vibrant communities, and many recreational facilities. The few cons include lack of public transport, political divisions, and unpredictable weather conditions.

In late 1800, Cincinnati was called the “Paris of America.” This was probably due to the cultural attractions and the spectacular architectural scenes that the city offered, especially the museums. Cincinnati also has excellent universities, which have attracted both local and international students.

Pros of Living in Cincinnati

Living costs in Cincinnati are low; thus, many people are relocating to the city. The World Report Magazine ranks Cincinnati as the 10th most affordable city to live in the United States. In addition, food and drinks are affordable even for students.

Houses are affordable for personal purchase. Rents are also reasonable even if you intend to move in with your family. If you don’t own a house, living in Cincinnati can help you save your hard-earned money; thus, you can spare some for recreation.

2. Cincinnati has Many Job Opportunities

Cincinnati is the home of two major hospital systems that offer jobs in the form of U.C. Health and Trihealth. These two systems employ several people around Queen City.

Cincinnati also has several financial institutions that offer jobs to people within and around the city. Some of the largest companies include:

Cincinnati also has some of the best institutions of higher learning. Suppose you want to obtain your degree from Cincinnati, there are 25 higher education institutions you can pick from. The largest university is the University of Cincinnati, which features 14 colleges, including law and medical programs.

Furthermore, The University of Cincinnati is rated 75th nationally, making it one of the best institutions of higher learning in the U.S. Cincinnati employers have limitless local talent to exploit, thanks to the highly-rated technical schools, universities, and colleges.

Cincinnati is the home of three sporting teams that participate in the MLB, NFL, and MLS. Thus, if you play fun games, you shouldn’t miss your taste in Cincinnati.

4.Cincinnati Has a Massive Park System

Cincinnati has a lot of green spaces where you can;

Many people who relocate to Cincinnati marvel at the amount of outdoor space they are exposed to. There is a variety of spaces, including;

Cincinnati has food for everyone. There are many eating spots where you can buy tacos, BBQ, Chicken Wings, and sushi.

Suppose you live in Cincinnati, medical services should be one of the things you should not be worried about. There are more than enough therapeutic, interventional, curative, and preventive facility services offered.

Both private and public health facilities offer quality and affordable services. These facilities include;

You get rid of boredom by visiting The Cincinnati Zoo and Botanical Garden. This facility offers 74 acres of animal exhibitions in conjunction with hosting several events monthly. Some of the activities include:

Cincinnati city is one of the few U.S. cities that have professional companies in five arts, that is;

Cincinnati has some magnificent architecture throughout the city. In addition, the city has some unique house designs.

Cincinnati has a Vibrant Community and Neighborhood

The city has a variety of places to visit, meet people and socialize. There are some social clubs you can join for personal development. You can’t miss someone with whom you have mutual interests. There are also numerous daily paid jobs in Cincinnati that you can find online.

Cincinnati has Many Recreational Facilities

The city lies in a fantastic location in a wide basin on the banks of the Ohio River. Apart from being a financial and industrial city, it has a variety of recreational and cultural facilities.

Some amazing recreational scenes include:

The museum has been occupying the Cincinnati Union Terminal since 1990. The facility is iconic to the city, and it features three museums in a single location. The three museums are:

The Music Hall was renovated in 1878. It is home to the Cincinnati Ballet, Cincinnati Opera, the Pops Orchestra, and the Cincinnati Symphony. The music hall has a capacity of 1300 people and can be used for exhibitions and events.

Suppose you decide to live in Cincinnati, you can visit the Irwin M. Krohn Conservatory, which harbors more than 3,500 species of plants from all over the world. Its conservatory is known for its extraordinary architecture and the diverse species of plants it has.

The Ohio River, which runs along Ohio’s southern border, flows through six states. The extended length has encouraged people from the different states to explore the different regions by skiing and boat riding.

You don’t have to own your boat for you to sightsee, since many riverboat tours offer sight-seeing services, dining, and live entertainment.

The fountain square is a social center surrounded by restaurants where you can eat. One of the things you can do here is skating during winter.

The city also has many dining and drinking options from where you can crown your weekends. Some spots even provide live performances and locally crafted beers. Finally, suppose you are looking for something to embrace your kids; the Duke Energy Children’s Museum can offer unique nature, art, and science for them.

Cons of Living in Cincinnati

Cincinnati is divided equally between conservatives and liberals. This means there can be political tension in the city in case of political disagreements.

There is nothing Cincinnati residents gamble with, like the unpredictable weather. It is one of the cities where you can experience each season in a single day. Although it doesn’t have beautiful sunny weather during most days of the year, it has a healthy dose of all four seasons.

Although the weather is unpredictable, winter brings snow, though not as heavy as the northern regions. Cincinnati winters are cold, but not extremely cold. With the climate of Cincinnati, you can enjoy boat riding in summer, play golf in spring or do ice skating in winter.

There is No Public Transport in Cincinnati

Cincinnati lacks a dedicated subway system; thus, it is not easy to travel around the town quickly without having a car. This can be a huge turnoff if you are used to a public transit system.

Lack of public transport often leads to congestion and can inconvenience workers.

One of the worst things about a city is the tendency of local city governments to impede economic development. This is because of short-sighted planning and poor decision-making.

Although Cincinnati isn’t the worst of all, it has a fair share of criminal activities. For instance, the number of cases of assaults and robberies is double the nation’s average. However, despite high criminal cases, the neighborhoods are safe. Fortunately, a Cincinnati storage unit could be a solution if you live in an area where theft is rampant.

In summary, living in Cincinnati is advantageous compared to most U.S. cities since living expenses are very affordable even for students. In addition, it has more than enough social amenities, like schools, universities, health facilities, and recreational facilities.

Despite the many advantages, living in Cincinnati also has some limitations, like rampant crime, political divisions, and limited public transport. Nevertheless, it remains one of the best and most affordable cities to live in.

It is always great to live on a round rock because it has good scenery, affordable living, and fantastic neighborhoods.