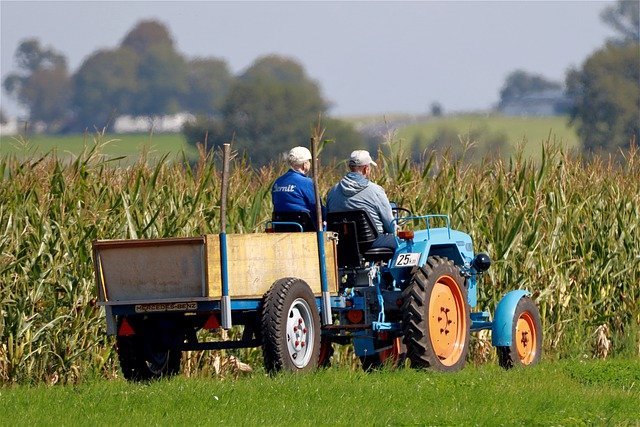 Japan is known throughout the world to be a long-time producer of high-quality equipment, machines, and electronics. In this article, we are going to take a look at the best Japanese tractor brands. In making this list, we will consider reliability, performance, and value for the money. We will also take into consideration how easy the tractors are to repair.

The best Japanese tractor brands that have been making tractors for the longest time are Kubota, Iseki, Yanmar, Shibaura, Mitsubishi, and Hinomoto. Satoh, Hitachi Tierra, Honda, and Morooka are also terrific tractor manufactures that have plenty of tried-and-test models on offer.

Recently, some brands in the Japanese tractor space have disappeared. This is become some brands have recently merged into other companies. This is a relatively normal thing that occures in many industries.

Tractors are a long service life machine so you can use the same one for over 30 years. For that reason, people are more aware of the corporate shifts that come along with large companies over time. Another thing to consider is the fact that a given brand of machine may be sold under a different name depending on the market that it is sold in. So, most of the brands that seem like they don’t make tractors anymore, still do. 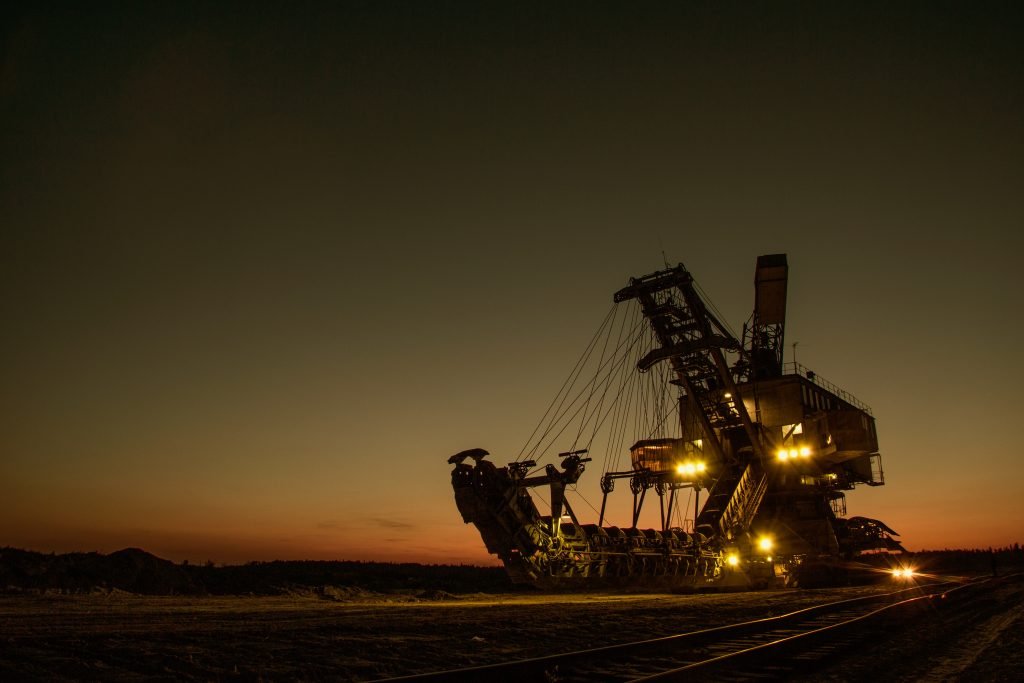 Kubota Corporation was founded way back in 1890 in Osaka, Japan. When the company first started out, its core business was metal casting. This company eventually ended up developing oil-powered engines that were made for agricultural and industrial use.
That, along with the fact that it has a long-running metal casting background, it sort-of makes sense that this company is making heavy machinery these days.
Kubota makes all kinds of products ranging from generators to tractors and from farm machinery to vending machines. Kubota Corporation launched the first Japanese tractor back in 1960, so they are one of the most well-known brands on the market. They have a famous orange design and Kubota tractors are well received in domestic and international markets.
This company makes its tractors all over the world. In fact, it has manufacturing facilities Thailand, France, and the United States. Kubota spreads out its manufacturing and distribution networks so that it can provide lower shipping costs. This also helps this Japanese tractor brand compete with other companies in foreign markets.

Iseki was founded in 1926 in Tokyo, Japan, and is the country’s third most popular industrial machinery manufacturer. This company’s core products are agricultural machinery, engines, tractors, and various components.
Although Iseki was founded in 1926, it didn’t start making tractors until 1961. Since the transition, Iseki has produced a variety of terrific tractors that all serve particular use-cases.
Machines by this Japanese tractor brand are known to be fitting with the most high-tech equipment available. This is to be expected as Iseka takes great pride in making Japan’s agriculture more productive and modern.
As we briefly touched on earlier in this article, tractors by this manufacturer are sold internationally under several different brands that include Challenger, White, AGCO, Bolens, and Massey Ferguson. And while this may not be the case today, early Tong Yang and TYM brand tractors were actually based on Iseki designs.

The Yanmar corporation was started back 1912 in Osaka, Japan. At the time it was established, it specialized in the production of gasoline-powered engines. Then, in 1933 it made the world’s first compact diesel engine. Even since then, it has been at the bleeding-edge of agriculture and construction machine development.
So, as you would expect, Yanmar tractors have become increasingly popular throughout the world over the years. Also, because of its gasoline engine background, Yanmar is also a supplier of engines to many leading tractor manufacturers.

This brand was founded in 1942, which is interesting, because that’s when Japan and the United States were at war.
Shibaura makes compact tractors and is a subsidiary of the IHI Group. Because this brand was so well-known for its high quality, it signed a contract with Ford in 1973 to manufacture small tractor models under the Ford brand. Shibaura also produces tractors for Yanmar.
This Japanese tractor brand has 3 manufacturing sites in the UK, China, and the United States. It has another 3 facilities in its domestic market that total 35 acres.
Shibaura also has a tractor plant in the Netherlands. This factory is the center of operations for all Shibaura tractors sold in the European and North American markets.

Mitsubishi Machinery Co is relatively new compared to other companies on this list as it was founded in 1980.
The division has since merged with Satoh Agricultural Machinery Mfg. Co., Ltd. and the join venture has taken the new name of ‘Mitsubishi Agricultural Machinery Co.’ and is headquartered in Shimane, Japan.
You can find this Japanese tractor brand’s machines distributed throughout Europe, Asia, Australia, and South America several different names.

Hinomoto was founded way back in 1863. The company was merged into Hitachi Tierra in 1990. Since then, they have been producing some of the best Japanese tractors in the industry.
When this company was first started, it produced trucks, buses, and diesel engines that it supplied to other tractors manufacturers around the world. When it first started producing tractors, Hinomoto made them under other Japanese tractor brands such as Deutz-Allis, Simplicity, and Massey Ferguson.
For many decades, this company exported tractors all around the world in extremely large quantities. During these years, this brand earned a lot of resepct and really built a name for itself in the agricultural machinery industry.
Unfortunately, just a few short years after the merger with Hitachi, 1992 saw the end of production of Hinomoto tractors. By 1997, the Hinomoto name was completely dropped from the company.

This company was founded 1914, which was during World War 1, but it has been totally inactive since 1984.
The Japanese tractor manufacturer was known to make some of the best tractors you could get at the time. Machines produced by this Japanese tractor brand were hand-designed and produced with only the finest quality raw materials.
In 1980, Satoh merged with Mitsubishi Machinery to form a company called Mitsubishi Agricultural Machinery. Later, it then became a part of the Mitsubishi group.
After the merger took place, the company still continued to produce tractors for a few years. Its machines were sold under both Mitsubishi and Satoh brands before. Later, in 1984, the brand name was completely dropped.

Hitachi Construction Machinery Co., Ltd. was started in 1949 in Osaka, Japan. The company made combines harvesters, tractors, and excavators under the Hitachi brand name.
Hitachi started building tractors in 1962 and by 1990, it purchased Hinomoto, another tractors manufacturer.
The Hinomoto name was entirely dropped by the company in 1997. They continued to make high-quality tractors for many years after that, but in in 2009 the company ceased tractor production.

Honda tractors are known to be as versatile and reliable as their passenger car counterparts. This tractor division of Honda was officially founded in 1948, which was during World War 2.
While Honda may be popular for its motorcycles and automobiles, it also produces some of the highest-grade industrial machinery on the market. Honda makes all sorts of equipment including but not limited to mowers, trimmers, and snow blowers, and you guessed it, tractors.
Honda makes some of the most reliable and highest performance tractors on the market. You can basically think of Honda as the Japanese John Deer. The are among the most well-known and well-respect brands and make some of the best equipment you can find.

Morooka was established in 1958 during Japans booming, reconstruction years. Its headquarters are located in Ibaraki, Japan.
When this company first started out, it was known more as a construction company than anything it. Back then, it distributed and developed other product lines like forest machines, agriculture machines, and environment machines on an international level.
Beginning in mid 1990, Marooka started making and selling farm tractors. Those farm implements reached an enormous amount of success when they were release. Since then, the company has expanded to producing tracked tractors for other Japanese tractor brands like Seki, Kubota, and MAM.

We know that it can be hard to find solid information on the best Japanese tractor brands, so we hope this article was helpful for you!
Choosing the right tractor for your needs really comes down to your specific use-case, budget, and property size. But now that you know a little bit about the most popular Japanese tractor brands, you have a place to start.

Iseki, Kubota, Shibaura, Yanmar, and Mitsubishi are known to make some of the finest tractors you can get. Hinomoto, Hitachi Tierra, Satoh, Morooka, and Honda, are also some of the most popular Japanese tractor brands that have models that are still in use today.

We hope this article helped teach you a little more about the various Japanese tractor brands that are out there.

There can be a lot to go through, and if you are unfamiliar with which companies merged with which and which companies do and dont make tractors anymore, it can be a bit confusing. So, we hope this article helped you sort things out, thanks for reading!