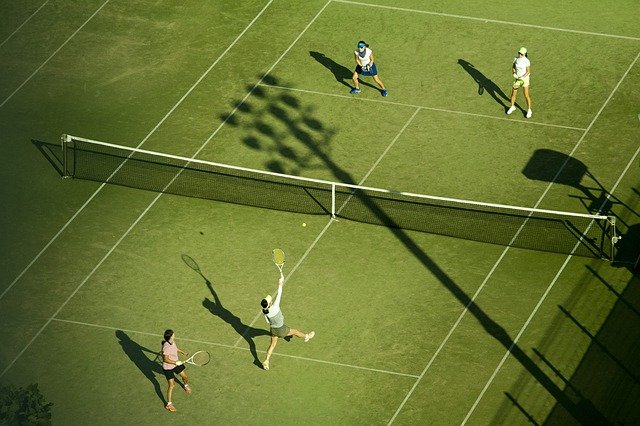 There are a number of iconic tennis matches to have taken place over the years, however we have taken a look at 10 of the greatest in history and provided a detailed list below:

This was an epic example of true sportsmanship, even though the two had their share of animosity over the years due to their fierce rivalry on tour. The match lasted for five sets and had great swings in momentum until Nadal finally stamped his authority and ran away with it in the end. Indeed, it is one contest that is widely remembered as one of the best matches to have ever taken place on the court.

The 2012 Australian Open Final between Novak Djokovic and Rafael Nadal would have been one of the most anticipated finals ever to take place and it certainly provided a classic of a match. The game ended 5–7, 6–4, 6–2, 6–7, 7–5 in Djokovic’s favor as he managed to win the match that lasted 5 hours 53 minutes – which was the longest Grand Slam final match (by duration) in history.

A result of 5-7, 7-6 (6), 7-6 (5), 3-6, 16-14 saw Federer overcome Andy Roddick in an instant classic in the 2009 Wimbledon final; a match many tennis enthusiasts remember clearly. The American was considered the “People’s Player” but he failed in what would become the longest men’s Grand Slam final in history at 77 games.

In what was the longest semi-final in the history of Wimbledon, a matchup between Djokovic and Del Potro would push the pair to the limit as the vast majority of the sets played required a player to win seven games. It finished 7:5 4:6 7:6 (7-2) 6:7 (6-8) 6:3 in Djokovic’s favor. Of course, many will know that Djokovic will be the favorite in regard to the tennis odds for the Wimbledon Grand Slam this summer, although that may depend on whether he is able to participate in the tournament after having to sit out of the Australian Open.

The Australian Open semi-final between Nadal and Verdasco saw two Spaniards compete in what is the longest ever match to have been played in the history of the Australian Open, with a score of 6:7 (4-7) 6:4 7:6 (7-2) 6:7 (1:7) 6:4 being recorded in favor of Nadal. It was a game that was full of attacking tennis and provided those that saw it live with a number of incredible moments that will not be forgotten.

In a match that took place in Hanover, Germany, Boris Becker managed to win an instant classic in front of his home crowd in the ATP Tour World Championships when he played in what has been described as one of the best indoor tennis matches of all time against Pete Sampras. It ended 3:6 7:6 (7-5) 7:6 (7-4) 6:7 (11-13) 6:4 and saw both players be as aggressive as possible with their playing styles.

When a match lasts 183 games and 11 hours and 5 minutes, it is pretty safe to say that the encounter is one that will be remembered by many, although whether it is the greatest could be debated. Nonetheless, it needs to be on this list because John Isner finally beat Nicolas Mahut in a thrilling 6–4, 3–6, 6–7(7–9), 7–6(7–3), 70–68 First Round contest that featured a world record 112 aces from Isner, whilst Mahut served his own 103.

Sampras and Agassi had a number of iconic encounters, but their match at the 2001 US Open in the Quarter Final is one that is remembered, as it ended in Sampras’ favor with a 6-7, 7-6, 7-6, 7-6 victory. Two of the greatest American players to have ever played, everyone in attendance certainly got treated to an iconic showdown.

Winning 7-6, 0-6, 6-3, Steffi Graf managed to win a game that was largely remembered for being great due to the road Monica Seles had been on in regard to the recovery she had been following the stabbing she received in 1993. Although she did not ultimately win, many remember it as it was the first tournament she was back at and how she managed to defeat a number of the world’s best players on her way to the final.