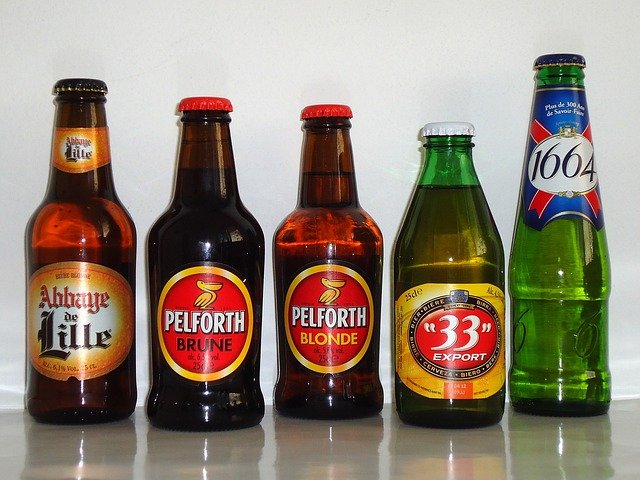 Despite their reputation for producing great wine, French beer has a poor reputation in the rest of the world. To be honest, almost 90% of beer drunk in France is mass-produced by a large corporation such as Heineken or 1664.

But the remaining ten percent gives reason for optimism, particularly given that beer production is a centuries-old heritage in many regions of France! And, due to the proliferation of microbreweries throughout France, there are now a lot more choices to pick from. 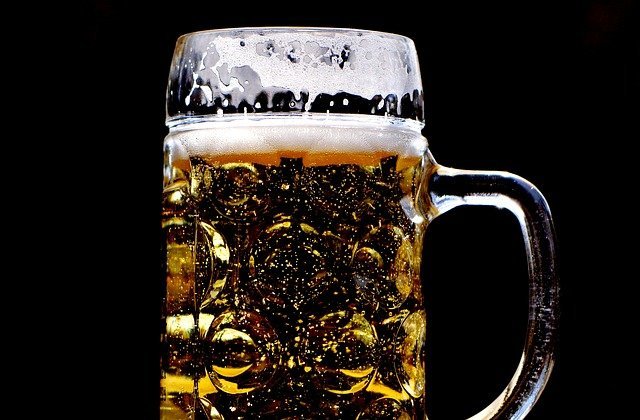 Continue reading to learn about some French brewing traditions and the top ten French beers.

The first of my top ten French beers is a powerful one. La Choulette Brewery isn’t messing around either, with a 9 percent ABV. Please excuse my French, but the bière des sans culottes translates approximately to: the panty dropper beer

The North of France is renowned for its unique accents and powerful beers, and this is no exception. La Choulette brewery first produced la bière sans culottes in 1983, and there are now many kinds available. The amber version, a profoundly flavored beer with lots of malty overtones, is by far the most popular.

La Cagole is a well-known microbrewery in Marseille, France, that produces three different types of beer. The blonde ale, which is pleasant and crisp, is their most popular. La Cagole is widely available in stores across the south, and it is also available on tap in many pubs. In Marseillaise slang, a cagole is a bold, feisty lady – you can’t miss the bright yellow label with a Marseillaise girl on it!

The hearty Trois Monts is easily one of the top ten French beers. This kind of beer is known as a bière de garde, and it was created to be matured after it was bottled. Bière de garde has been around for generations. And since they came from the colder northern area of France, they were typically corked and stored in basements to mature throughout the winter.

This unique maturing procedure yields a greater alcohol level and a distinct malty taste. Today, the Bière des Trois Monts is one of France’s most popular bières de garde! It may be found at almost every grocery store. But be warned: at 8% ABV, this one packs a punch.

One of the more unusual beers on my list of the top ten French beers is a black beer. Imagine the color of a Guinness with a slight smokiness to the taste, and you have Licorne Black Beer. And at 6% ABV, it’s not exactly light. However, Licorne’s distinct hue and flavor have earned it a cult following. This beer is produced by Licorne Brasserie and is one of the most well-known in the Alsace area.

The Barge du Canal is the trademark beer of the Paname Brewing Company in Paris. At 69 IBU, this IPA is well-deserving of the moniker. They utilize Citra and Cascade hops to get the desired level of bitterness. Overall, the beer is pleasant and hoppy, with a subtle citrus flavor; it’s the ideal IPA.

While this is undoubtedly one of the finest French beers, it is not always easy to obtain outside of Paris. My suggestion is to have a cold one on the premises of Paname Brewing Co. They’ve built up a fantastic microbrewery right on the banks of the Bassin de la Vilette. If you can’t make it to Paris, you may buy their beers online, and they’re generally available at specialized beer stores.

A triple style beer is a Belgian brewing technique. This type of beer, which is often thick, malty, and almost caramel-like in taste, was developed centuries ago by Belgian monks. Since then, the traditions have been handed down, and triple-style beers have become popular across France.

This Triple Grain Blonde originates from Lyon’s Brasserie Dulion. The triple style makes it a powerful beer at 9 percent ABV, but the flavor is far from overwhelming and thick. Dulion produces all of its beer organically, using certified regional ingredients, and without malt. This imparts a real feeling of terroir to their beers; you can taste where they came from! Some of their beers are also gluten free.

Maison BAPBAP, a Parisian microbrewery, is known for its Originale. This was one of their earliest beers, and it has remained a local favorite throughout the years

This straightforward pale ale is a self-described blend of mellow Belgian ales with hoppier, almost peppery American brews. At 5.9 percent ABV, the result is a light and crisp pale ale that is not too hoppy, not too bitter, and not too powerful.

Maison BAPBAP is currently available in most Parisian supermarkets, but they can also be found in any craft beer store. Better better, pay a visit to their microbrewery and judge for yourself.8

Many breweries used to be located in Paris, and for many years, you could buy a good beer at your local café. So I’ve been told. Gallia is one of those towns from yesteryear, going back to 1890! Gallia, a Parisian microbrewery, restarted production in 2009, and it has been one of the top ten French beers ever since.

Their lager, in particular, is widely available and will satisfy a desire for a good craft beer. This beer is well-balanced and has a crisp finish, making it ideal for a picnic in Paris.

Britt Blanche is a traditional white beer from Brittany, France’s westernmost province. This is a traditional wheat beer brewed using buckwheat malt, which gives it a distinct flavor. Britt Blanche is one of the most popular beers in Brittany, and you can get it on tap in almost every bar. This is a popular lunchtime beer with a 4.7 percent ABV. It’s also available in supermarkets, and the packaging features a cute puffin, making it difficult to overlook.

It’s no surprise that another of our top ten French beers comes from the country’s north. As previously said, this area is extremely near to Belgium and is well-known for its excellent beer making skills.

The Bellerose brewery’s Bière blonde extra excellently exemplifies the local methods. This is a traditional Belgian blond beer that is somewhat malty yet still pleasant. If you like IPAs and want to explore Belgian beers, this is an excellent place to start.

How to Choose the Best Beer for You

Wild or sour ales, on the other hand, utilize yeast that ferments spontaneously throughout the liquid. Spontaneous fermentation is a Belgian technique that is now found in beers marketed all over the globe.

Every other kind of beer is a subcategory of these two. The flavor, color, or fragrance of the beer may make a difference here.

Any beer that has been matured in a wooden barrel is considered barrel-aged. This barrel was often used to make a spirit, such as whiskey or wine, which adds another layer of flavor to the beer.

Belgian beers are typically mild in bitterness but strong in alcohol concentration. They are well-known for their bold, fruity flavors with touches of spice and sweetness.

Bocks are German beers with a strong malty flavor. They often have less alcohol than other kinds of beers.

n abbreviation for India Pale Ale, which is a kind of beer with a higher alcohol content with pine and floral flavor characteristics. They are often bitter beers.

There are two types of lagers: dark lagers and light lagers. Dark lagers generally have a mid-range alcohol level and are maltier with caramel flavors. They have mild bitterness characteristics and are smooth beers. Pale lagers, which are golden in color, developed in Germany and the Czech Republic. They have a lower alcohol level and a lighter flavor.

Porters are dark beers with complementary flavors. They usually have coffee, caramel, and chocolate overtones.

These beers often have an additional ingredient, such as honey or pumpkin. They are not limited to a certain color or alcohol content and may therefore be enjoyed and readily found in most beer categories.

Stout is a beverage that is comparable to porter. It has stronger flavors than a porter and a darker appearance. Stout is also known for having a greater alcohol content than other kinds of beer.

Trappist beers are a kind of specialty beer produced inside a Trappist monastery. These may range from powerful, complex beers such as Belgian Dubbel to lighter beverages such as Belgian Tripel.

Wheat beers are made using wheat as the malt in the brewing process. They’re acidic beers with a lighter color, a lower alcohol content, and a variety of fruity flavors.

These ales are made via spontaneous fermentation, which results in a lower alcohol content and a variety of sour flavors. They are often extremely low in alcohol content.

The growth of the craft brewing sector has allowed companies to offer a broader variety of lagers and ales in an unparalleled diversity of styles, strengths, and flavors.

From all parts of the world, it’s now simpler than ever to get a variety of barrel-aged stouts, zesty IPAs, and golden ales. The landscape is becoming more varied, with an increasing number of breweries emerging across the globe each year. To discover more top 10s, discover our resources now!