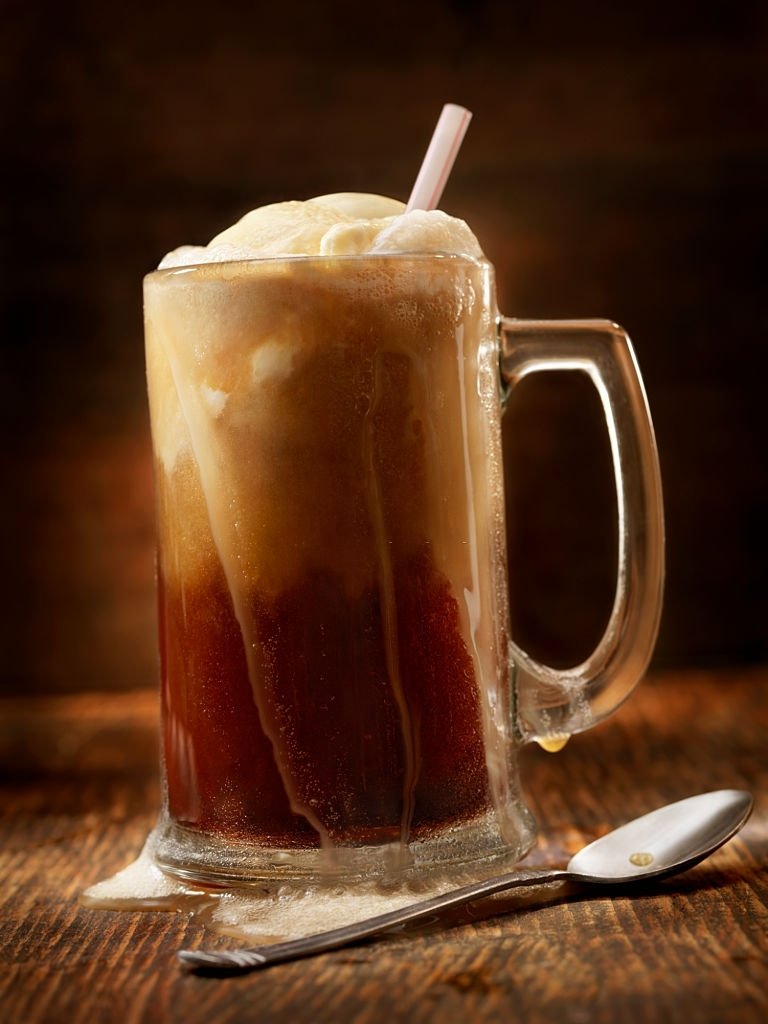 Cream soda is a sweet soft drink with a vanilla taste. There’s no dairy product in these sodas. The ‘cream’ comes from the vanilla’s taste.

Although vanilla has no connection with cream, it just activates the taste. With that being said, there are several Cream Soda Brands in the US. These brands have unique formulas for cream soda.

If you want to try cream soda for the first time and are confused about which one to go for, you can read this article. Let’s get on with the top 10 best cream soda Brands.

Randal Sprecher founded Sprecher Brewery in 1985 in Milwaukee. Sprecher is famous for its beers, flavored malts, and sodas. But the one thing that makes Sprecher Brewing Co. special is its Root Beer.

Sprecher uses Raw Wisconsin Honey as the primary ingredient in its beers. Its taste has made it famous, and Sprecher kept its recipe the same as it was ever before.

However, the brewery has now started hop production. It now produces fresh green hop brews like other Wisconsin craft breweries.

With 25 different awards, Sprecher is a famous national and international brand.

The 2nd best cream soda we have with us is from Stewart’s Fountain Classics. It is an eminent soft drinks manufacturer hailing from the US. Stewarts started in 1924 as Stewart’s restaurants. It was a root beer stands chain that Frank Stewart had started.

In 1992, they introduced cream soda. And since then, Stewart’s cream soda has been one of the top cream sodas in the US. In 2000, Cadbury Schweppes PLC bought Stewart’s, Snapple, and Mistic for $1.45 billion. Stewart’s Fountain Classics is an outstanding Cream Soda brewer company.

IBC cream soda is a product of IBC Root Beer. Independent Breweries Company formerly owned it until it went out of business. Now it is Keurig Dr. Pepper. Before being bought by Keurig Dr. Pepper, several companies bought and sold it.

Over the past years, even with the changes in its executives, the company is famous for its root beer. The cream soda is one of the favorites of the US. It has stayed on top of the cream soda consumed by people even with ups and downs. Since 2016, IBA has used cane sugar instead of high-fructose corn syrup. This has improved its taste and sales.

Keurig Dr. Pepper manufactures A&W cream soda. It was first introduced in 1986 by the A&W Root Beer Company. The company A&W Root Beer came into being in 1919 in California.

Since then, the company was sold and bought by several companies. Finally, in 2008, it was bought by Keurig Dr. Pepper.

Since 2017, A&W cream soda has dropped caffeine from its products. Instead, high fructose corn syrup is one of the main ingredients in their cream soda. It has a sweet vanilla taste that makes it a great cream soda.

Edward and Jill Fraser Crowley created a company owned by Reeds Inc. Virgil’s. Their beverages are handcrafted. After inventing their formula, they had added root beer to their beverages.

What’s good about Virgil’s is that they use natural products. Their beverages have no artificial preservatives. They don’t use any high-fructose corn syrup in addition to Root beer, Black cherry, and all other beverages.

The flavor and the bold taste make Virgil’s cream soda a unique beverage.

Blitz Weinhard’s was founded in 1856 by Henry Weinhard. Since then, it has run a successful business of manufacturing alcoholic beverages and sodas.

The company was sold a couple of times. The current owner, Molson Coors Beverage Company, is doing his utmost to bring it back to the top.

The Vanilla Cream Soda smells more like butterScotch, but it also has a strong vanilla smell. This cream soda has a great smoothness with sweetness. The unique taste of this vanilla cream soda makes it one of the top 10 cream soda.

Jones Soda Co makes Jones Cream Soda. The company itself was founded in 1995 by Peter Van Stolk. It started with 6 flavors. But later on, they created 25 different flavors. Since the beginning, Jones has been a popular beverage company.

Most of their holiday specials were sold out quickly. This led to the popularity of Jones Soda Co. It is now one of the famous Beverages companies in the US.

The cream soda has a nice and pleasant smell of vanilla. At the same time, the soda itself does not have a strong flavor. This makes it suitable for those who are tired of solid cream sodas.

Dr. Brown’s is a soda brand that has gained fame and popularity in the US. Dr. Brown’s was initially sold by the door-to-door salesmen. The original Dr. Brown used celery seeds and sugar in its creation. Dr. Brown’s now belongs to the Honickman Beverage Group.

Dr. Browns has 6 different flavors. The cream soda is available in regular and diet. It has a sweet vanilla smell in it. The regular cream soda is not as sweet as other cream soda.

A nice and subtle vanilla flavor that makes it a pleasant cream soda. It is one of the best cream sodas available in the US. 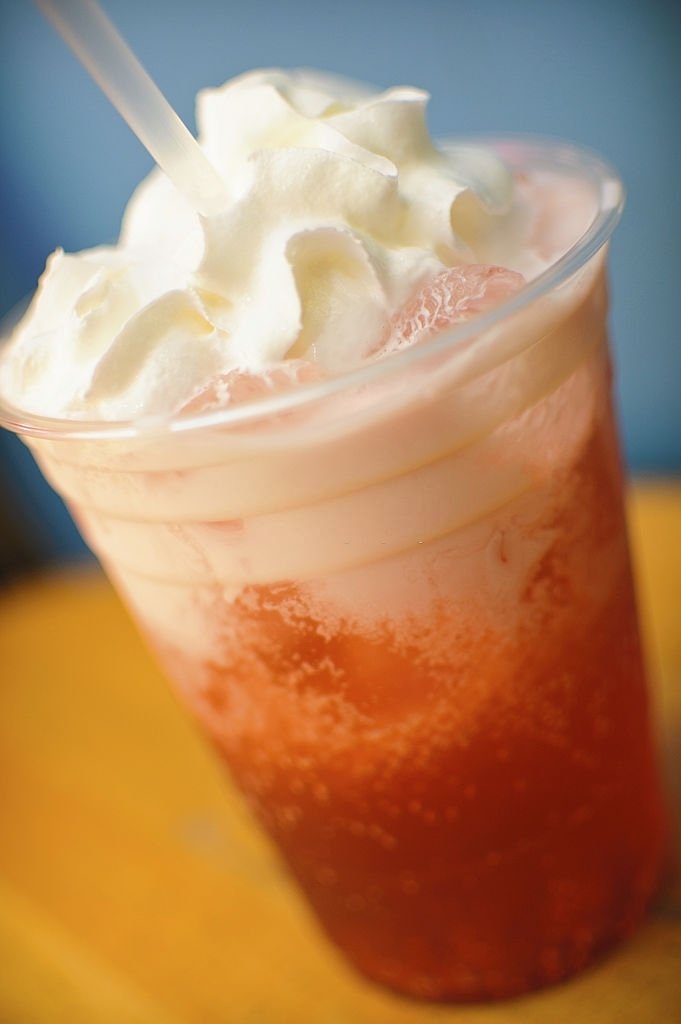 Dad’s Cream Soda is manufactured by The Dad’s Root Beer Company LLC. It was founded in 1937 by Ely Klapman and Barney Berns. Dad’s Root Beer was the first root beer company to use a six-pack format.

The cream soda, like others, has a pleasant smell of vanilla in it. But it also has the perfect composition of sugar and other ingredients that makes it good enough.

Due to its French origin in 1898, Barq’s had a good response. As a result, the company was sold for the first time after 3 generations. And later on, in 2000, Coca-Cola had bought it.

What is the original cream soda?

M. Sheldon invented the original cream soda recipe. Its ingredients were water, cream of tartar, Epsom salts, eggs, milk, and sugar. A teaspoon of baking soda was added to the mixture of all other ingredients. Vanilla extract was first introduced in the 1930s.

Cream soda has been around for a long time. Even if a company discontinues its cream soda, several companies already provide it. So, cream soda is all available.

Is cream soda a Coke or Pepsi product?

What flavor is red cream soda?

Big Red is popular as the red cream soda. It holds a unique taste that is deliciously different. Its flavor is compared with everything. From bubblegum to cotton candy, everyone has their imagination of the flavor. The flavor comes from orange oil, vanilla, and lemon.

Cream or ‘Crème’ sodas have been around for a while. Their smooth texture and the vanilla extract taste make them unique in sodas. Many people love them for their sweet taste, while others prefer other sodas.

But for cream soda lovers, this is a great list, where we’ve reviewed the top 10 best cream soda brands. The brands are famous all over the US. So, you won’t have trouble finding them.