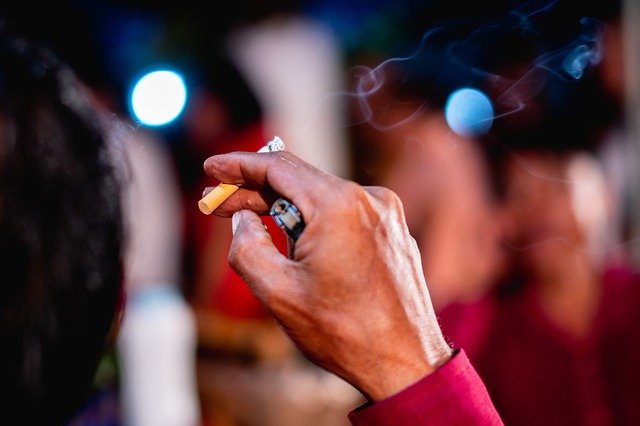 If you’ve ever gone out to dinner in China, chances are you’ve been given cigarette after cigarette from a bewildering variety of brands and packaging. Whether you embrace them or not, each one has its meaning and makes a special message. Smoking is a means of showing one’s social standing, friendship, and local pride. In China, most males smoke, and they often use cigarettes to break the ice or lubricate other social channels.

China’s tobacco business is massive: it made $90 billion in profit in 2010 and currently produces 40% of the world’s tobacco. The China National Tobacco Corporation is the world’s biggest manufacturer, controlling nearly all transportation, storage, and marketing of the country’s cigarettes, which are subsequently sold by dozens of various regional businesses. 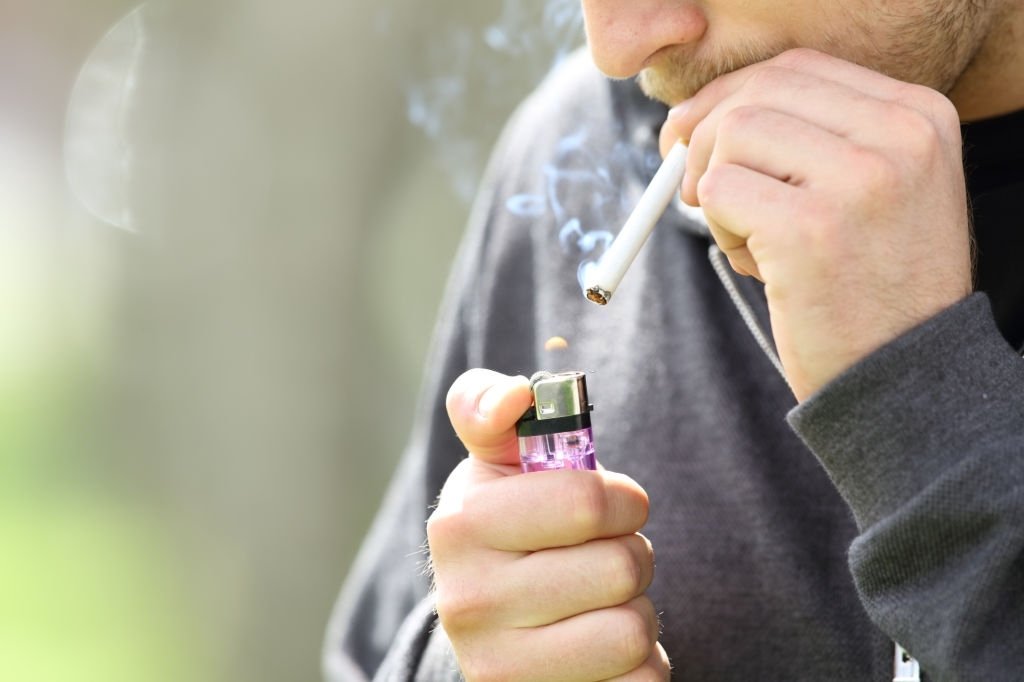 Although anti-smoking efforts are gaining momentum, with over 300 million smokers in China, tobacco will continue to be an essential part of the culture for the foreseeable future. Here are some of the most well-known brands found across the country and beyond:

Zhonghua, the most well-known brand, symbolizes every successful business person, government official, or Party member. They’re not cheap, at about 50 RMB each pack, yet carton after carton is presented as presents and expressions of gratitude throughout the nation every day.

Although they are often linked with Chairman Mao, the appeal of this cigarette extends beyond the personality cult: it is readily identifiable as an expensive, high-quality, face-giving cigarette. It’s a safe, yet cautious, bet.

Zhongnanhai, named after the Party’s administrative building in Beijing, was created explicitly for Mao Zedong beginning in the 1960s and is a logical go-to in Beijing. This kind, which has a light flavor, is also very popular with foreigners for some reason. Each pack contains one milligram, five milligrams, eight milligrams, and ten milligrams and costs less than ten RMB.

The package of Zhongnanhai cigarettes confirms that they are produced from a mix of the world’s best tobacco and botanicals. In the late 1960s, the cigarettes were custom-made for Chairman Mao Zedong. However, the Chairman’s death necessitated substantial product innovation since sales plummeted immediately following his death.

Soon after, Mr. Gu, the general manager of Beijing Tobacco, took over the brand, making it a household name among the country’s youth and the best-selling brand in China.

Lesser Panda, a famous label from Deng Xiaoping’s home Sichuan, may choose anyone wishing to express their appreciation. But, in reality, he favored a Lesser Panda mix produced from the tips of leaves and selling for as much as $100 per box in Beijing government shops. The Shanghai Tobacco Group owns the brand, although the majority of the tobacco is produced in Sichuan.

Deng was never seen without a cigarette in his 92 years, and once he discovered the brand, it was panda all the way. Slowly and gradually, the brand was positioned as a sign of power and social status, and in China, you mainly observed this cigarette brand being smoked by generals and politicians. People who have a great deal of regard for the late Deng are the most avid smokers of Panda cigarettes.

Furthermore, cigarettes were constructed such that one-third of the cigarette had a filter that was inclined to produce an unpleasant flavor owing to the high nicotine concentration.

Most cigarette brands are linked with a particular area, and residents will often smoke the brand associated with their hometown. For example, a person smoking Pride is most likely from Sichuan or was exposed to it by a local. It’s another brand with pricing ranging from 8 to 50 RMB.

The Xi’an brand Haomao (good cat) is popular in the rugged and cold Shaanxi area. There aren’t many brands from the frozen North, and they’re uncommon in regions with more concentrated cigarette markets. You may have never seen Haomao if you live in Shanghai. Going out of your way to acquiring a pack demonstrates your commitment to the area. They start at 10 RMB and go up to 50 RMB for the gleaming Chengshi box.

Brand loyalty demonstrates how profoundly the tobacco business impacts certain areas of the nation, especially in Yunnan, the country’s tobacco-growing behemoth. Yuxi is one of China’s largest construction firms, having constructed schools, highways, parks, and even a cigarette-themed amusement park in Yuxi, Yunnan. Their silver 9 RMB packets are selling well in China. Who knows, you could even meet someone with a diamond pack worth 160 RMB.

On the other hand, some brands transcend regional preferences: Hongta Shan is a Yunnan specialty that is popular across the nation. Moreover, Yunnan has a significant presence in the tobacco industry: it is the leading province in terms of tobacco growth, and Hongtashan is China’s best-selling brand. The brown, 10 RMB pack is the most popular, but the 60 RMB pack (ingeniously differentiating its cigarettes with brown papers) is also often used to amaze at dinner parties.

Other labels have more minor associations: soldiers like Baisha, produced near Mao’s former birthplace in Hunan. They’re a simple cigarette with a white crane on the pack that costs 5, 10, or 15 RMB, with the 10 RMB being the most popular.

Some brands exist only to wow. Suyan, the refined Suzhounese option, has just a 60 RMB bundle and nothing below. Suyan is the go-to cigarette for any formal occasion in Jiangsu, and it’s a solid bet all across the nation for seeming a bit sophisticated. It would be improper to give away anything less than 10 RMB each pack in a good meal or another social setting, and 50 or 60 is the most usual range.

Being linked with luxury living may, of course, be detrimental to specific businesses. For example, the 12 or 15 RMB Nanjing, typically a safe bet for the Jiangsu area, has lately been embroiled in a controversy. The crazy yellow pack, which will cost you back 250 RMB for a tiny box, is perhaps one of its most expensive brands.

Following a lecture against corruption, a Nanjing government official was spotted giving out many packs of cigarettes. But, of course, no one wants to be seen spending money on such frivolity these days, and locals joke that they’re only smoked behind closed doors.

The Cigarette Industry in China

The worldwide cigarette business is one of the world’s most profitable and lucrative enterprises. The top 13 cigarette manufacturers in the world have a monopoly on this business. Among them are China Tobacco, Japan Tobacco, Taiwan Tobacco, and so on. Among these, CHINA TOBACCO has the most significant production market to serve China’s massive population while simultaneously being the largest tobacco consumption market.

The Chinese government owns and manages China National Tobacco Corporation (CNTC), the world’s single biggest manufacturer of cigarettes, accounting for 42 percent of the worldwide market in 2016. The bulk of CNTC’s output is sold in China, with just 1% exported to other nations. However, they have recently changed their emphasis on selling select brands worldwide, including RDG, Dubliss, and Harmony.

Although China is still lagging behind the rest of the globe in lowering the health hazards connected with smoking, there has been a significant rise in public knowledge of the dangers of cigarettes in recent years. A recent billboard ad, “The Gift of Cigarettes is the Gift of Cancer,” was shown nationwide. However, cigarette firms are still prohibited from promoting on television or in publications.

In reality, smoking is prohibited in all Chinese pubs and restaurants. While regulation is still feeble, an increasing number of restaurants (costly establishments) are requesting smokers to go outside. Taxi drivers will also sometimes request that their passengers wait.

Although smoking is becoming less prevalent across the globe, it seems that it will continue to have a role in Chinese culture for many years to come. Tobacco growers are relieved to have a regular customer in the China National Tobacco Corporation, which earns the government a handsome profit. Most significantly, cigarettes continue to be an essential means of making a message in various social settings.

According to research, Chinese males smoke at a high rate. Even though anti-smoking efforts are gaining momentum, with over 500 million smokers in China, tobacco will continue to be an essential part of Chinese culture in the future.

Have you tried any of these brands? Which one do you prefer? Please share your thoughts in the comments area below!