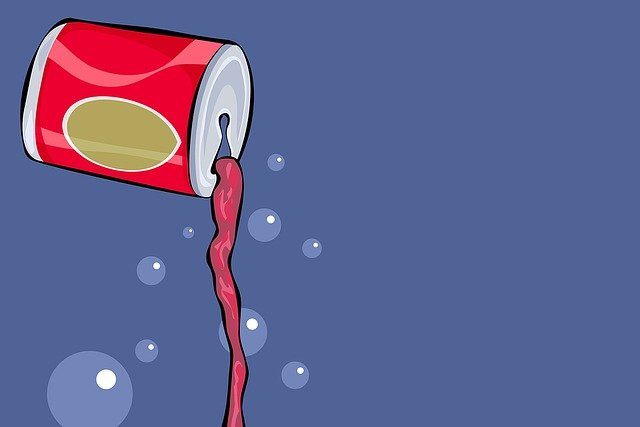 Strawberry soda is an increasingly popular carbonated beverage that is enjoyed by millions of people each and every day. There are many different natural and artificial flavors that go into the typical strawberry soda blend. Because of this, not all strawberry sodas are going to taste like strawberries.

When it comes to the leading Strawberry soda brands, AJ Stephans, Jackson Hole, and Nesbitt’s are some of the most favored. While Crush, Sunkist, and Fit’z, on the other hand, are not so great and score pretty low in just about any taste test.

Most soda makers use relatively strait-forward and rather common strawberry soda formula to make their drinks. There are some brands on the market, though, that are trying to make their soft drinks stand out from the strawberry-flavored crowd.

Not All Strawberry Sodas Are The Same

For example, Both Crush and Sunkist make strawberry sodas that most people feel are way too sweet. While other flavors from these two companies are not so bad, they definitely have a hard time making a good strawberry soda.

One of the most important aspects of a great strawberry soda is its carbonation level. This is actually true for all fruit-flavored sodas.

While some people prefer a low amount of carbonation, most people disagree. This is because carbonation puts air bubbles in the beverage. Where there are air bubbles dissolved in a a drink, it makes sugar a lot more tolerable because less sugar has a chance to touch your taste buds.

Most people that give AJ Stephans Strawberry Soda a try say that it tastes a lot like strawberry Jello-O. This soda is has a sugar-level that makes it sweet, but the good news is that unlike some other strawberry sodas on this list, AJ Stephans is not overpoweringly sweet.

This is because as in most other sodas that are not considered to be overpoweringly sweet, the intensity of the sugar is cut by the high level of carbonation. AJ Stephans is known for its bright and crisp flavor.

AJ Stephans soda is very popular in the New England area, so it’s widely available in the surrounding region and along the East Coast of the USA.

Jackson Hole is able to differentiate its Strawberry Soda by including a bit of a sour taste in it. This is thanks to the inclusion of rhubarb juice. The addition of this juice makes for an slightly drier soda.

The great news is that the rhubarb doesn’t make the soda too bitter. Because of its sour flavor, Jackson Hole Strawberry soda is often used as a mixer to make alcoholic beverages.

Nesbitt’s is very similar to AJ Stephans Strawberry Soda in a lot of ways. This is because this soda has that similar (but not exactly the same) strawberry Jell-O flavor.

One of the main difference between Nesbitt’s and AJ Stephans is that Nesbitt’s Strawberry Soda is far less carbonated than AJ Stephans.

This is why its a bit less popular. And remember, the carbonation is what what cuts the sugar. So, because of this, Nesbitt’s Strawberry Soda tastes like their is a lot more sugar in it as compared to AJ Stephans.

Filbert’s is a Chicago-based company that actually started out as a milk-delivery service at the turn of the 20th century. Since then, the company switched its focus entirely to soda.
Filbert’s made the switch to in 1926 and has not looked back since. At the time, sodas had become suddenly popular after alcohol was made illegal in the United States for a little while.
This soda is not entirely of the strawberry variety. In fact, there are many people can detect hints of vanilla in this strawberry soda.
Filbert’s Strawberry soda is much less sweet than most other sodas on this list. Because of that, there is one draw back of this soda. Filbert’s tends to have an ever-so-slightly bitter aftertaste to it.

Fitz’s Strawberry soda is by far the sweetest strawberry soda on this list. The insane amount of sugar in this soda taste more like more like a a liquid candy than anything else. Most people consider Fitz’s strawberry soda to be far too sweet, but there are a lot of Fitz’s fans that absolutely love that aspect of it.

No best soda list would be complete without Faygo. Faygo is a well-known budget brand of soda in the United States and is enjoyed by millions every day.
Faygo is known to make very sweet sodas outside of their Coca-Cola clone. So, as you might expect, Faygo Strawberry Soda is one of those candylike sodas that can invoke the feeling of drinking a liquid jolly rancher. While this may sounds great, there are some people say that this strawberry soda has a medicine-like overtone to it.
Most people, however, really enjoy Faygo Strawberry Soda because it includes a dash of vanilla in the mix to give the strawberry soda a lot better balance than Fitz’s.

If you read out list of the best grape soda brands, then you might expect Sunkist strawberry soda to do pretty well. In reality, however, Sunkist Strawberry Soda is rather disappointing.
Sunkist has massive distribution contracts, like Crush so you can find this soda all over the place. Also like like Crush Strawberry Soda, however, you may simply want to avoid it.
While Sunkist Strawberry Soda does score very well in terms of carbonation, that doesn’t save the soda soda from tasting too syrupy to be enjoyed by most people. Also, it has a very ‘fake strawberry’ taste too it.

Lets just be frank, here: Nobody likes Crush soda. While you can find this ubiquitous drink available everywhere in the country, it does not seem to be wanted anywhere.
Simply put, Crush Strawberry Soda is just way too sweet and almost everyone agrees with that consensus. Like their grape soda, Strawberry Crush has a lot more sugar in it than strawberry flavoring.
Whatever small amount of Strawberry flavor that may present in the soda is often not even interpreted as strawberry. In fact, most people think it taste more like cherry-flavored medicine.

As you might suspect based on its name, Jarritos is a drink that is produced in Mexican. Latin America has a drastically different version of what tastes good as compared to its northerly neighbor, so most people here think that this drink is way, way too sweet.
Also, this drink is known to have an ‘earthy’ flavor to it. While that may work for some foods, most people don’t expect to be present in a fruit-flavored soda.
Also, this soda has an extremely low level of carbonation (the lowest of any of the strawberry sodas found on this list!), so most people that were ok with its flavor do not like it for that reason.
Not all sodas by this company are so awful. While some flavors of Jarritos can be more tolerable than others, Jarritos Strawberry soda is simply not an example of one of those.

Fanta is one of the most popular sodas in the United States. This strawberry soda is very fruity, and is made with 100% natural flavors. Most people agree that Strawberry Fanta has a bold and sweet strawberry taste that is well balanced by the high amount of carbonation in the beverage.

What Is Strawberry Soda Made Of?

While there are innumerable indigents in commercially available strawberry soda, the home version is actually much more simple and is very easy to make. Simply combine milk, strawberries, ice cream, sugar in a blender and pour it over ginger ale.

How Can I Substitute Soda In A Cake Mix?

Most people are not aware that Fanta is no longer an independent company and hos not been for most, if not all, of their lifetimes. Coca-Cola Company purchased Fanta way back in 1960.

Fun Fact: Fanta was created in Nazi Germany in 1940. During World War II, the Nazi party found it difficult to import soda from the west. So, a the German Coca Cola (GmbH) bottling company started making their own drinks.

Strawberry Soda has seen a tremendous growth in its popularity, recently. Because of that, there are a lot of brands jumping on the strawberry soda bandwagon.

The current soda climate has made it so that the overwhelming majority of strawberry sodas fail to stand out from the crowd, so we hoped this article was helpful in finding out what the best strawberry brands are.

It seems to be the case that smaller companies like AJ Stephans, Jackson Hole, and Nesbitt’s generally make the best-tasting strawberry sodas.

Older, incumbent companies like Crush, Sunkist, and Fit’z, on the other hand have failed to innovate in the soda sector. As a result, these brands produce strawberry sodas that are far too sweet for most people’s tastes.