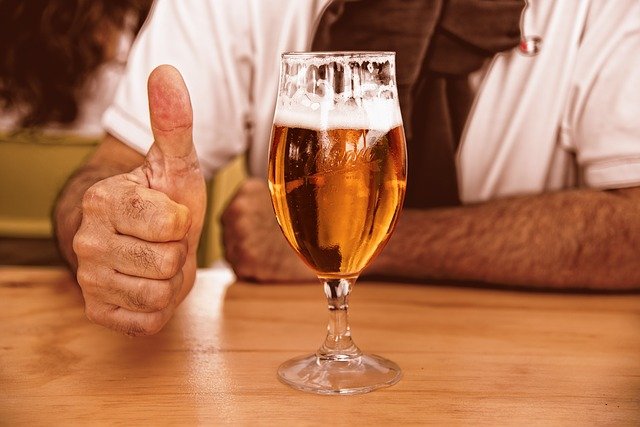 While Italy is popular the world over for making some of the best wine on the planet, and has been making beer for quite some time, the country has recently started producing a wide range of beers. Now, Italy is home to many different beer breweries that all have their own amazing beers to offer.

There are many Italian beer brands, but Peroni Gran Riserva, Cortigiana, Moretti, Nastro Azzurro, and Quarta Runa are some of the most popular and stand out from the crowd in their own ways. Each of these companies adds to the growing list of Latin beers that are coming out of the country.

Locally in Italy, beer is casually consumed at dinner time or even during lunch. Italians have a high amount of respect for food and are known to be lovers of the culinary arts an, so as you would expect, flavor is extremely important for Italian beer brands. All of the Italian beers on this list are stand-out contenders in Italy’s burgeoning beer world.

For the longest time, beer produced in Italy was considered to be just good and even considered to be only ‘ok’ by some. This is back when the only Italian companies that were making beer were large breweries. Recently, however, there have been a quite a few high-quality microbrews that have made a large impact on the international beer scene over the past 10 years or so.

For example, the highest-end restaurants and the finest hotels in Italy regularly serve Menabrea, which is a a high quality lager from Italy’s Piedmont region. Now, Menabrea is now exported to more than 20 countries. So, building on the success of Menabrea’s exports, several dozen microbrew pubs have sprouted up all over Italy.

These new brewers take an artisan approach and produce many different varieties of beers. All the classics are represented here, from lagers to amber ales, all the way up to Belgian-style dubbels. These Italian brews are designed to pair well with the wide array of local foods found throughout Italy.

Peroni Gran Riserva is the oldest brew house in all of Italy. So, because of this, many Peroni beers are very popular and are enjoyed all around the world. Peroni is known for making beer that has a very strong flavor and Doppio Malto is no exception to this rule.

This brew was created to celebrate the 150th anniversary of the founding of the Peroni brewery. Peroni Gran Riserva contains a unique blend of spices due and requires quite a long processing time to produce the beer. Peroni is made using malt from Prisma barley and Saaz hops and is brewed in the eternal city of Rome. The brewing process takes about 8 weeks, but its worth it.

This beer has a acidic yet sweet taste that has hints of toffee and notes of caramel to provide an excellent flavor balance. Gran Riserva beer is 5.1% alcohol content by volume. While it may be rather common to find Peroni’s usual line of beers in the same standardized bottles found the world over, Gran Reserva uses miniature long-necked wine-style bottles.

Despite the fact that it has such a creamy texture, Cortigiana beer is very popular among Italians to drink on hot days. In fact, this beer has a quite unexpected and intensely refreshing flavor. Notes of cinnamon and vanilla essence can be easily detected in it.

Cortigiana is brewed in the Borgorose region of Italy and is 5% alcohol by volume. This beer is considered to be a medium ale and is goldish-brown in color. Cortigiana beer is one of the lowest-costing beers that you can get in Italy.

Moretti is Italian brewhouse that was actually bought by Heineken in 1996. The local population, however, was really outraged by this acquisition, so the Italian Antitrust Authority eventually forced Heineken was forced to sell famous name back to an Italian business called Birra Castello.

It is important to note that while owned by Birra Castello, Moretti Beer is still made in Milan, Italy by Heineken Incorporated.

Luigi Moretti originally started the company. Moretti’s goal was to bring the logal Piedmontese, Sicilian, and Tuscan beers to the wider general public. The beers that Moretti’s makes are well-known to be easy to drink and are often enjoyed on hot, summer days.

Located in Piedmont, Italy, which is more popular for making wine than beer, Birra Montegioco is a microbrewery that is known for making a family of specialty beers that have gained recent popularity in several international markets.

Birra Montegioco produces a wide range of sour ales and barley-based wines, but like other Italian ales, their beer has gained massive global popularity as of late. This beer is wrapped in bright colored paper, so Birra Montegioco’s unique packaging that makes it stand out on any store shelf. They look a bit like piñatas for adults.

The best beer by Birra Montegioco is without a doubt Quarta Runa. Its very strong at 7% alcohol by volume and baked local peaches and heavily used in the production of Quarta Runa. There are also subtle hints of baked fruits and other spices that can be easily detected in the beverage. Quarta Runa beer can be easily spotted by its orange-tipped yellow-wrapped bottles.

Nastro Azzurro is highly popular Italian beer that is part of the Peroni family. As you would expect, like other beers produced by this brand, Nastro Azzurro is made in the heart of Rome. This popular beer was created back in the 1960s and does not use the ‘Peroni’ name on the bottle in Italy. When made for export, however, it bottle is labeled as ‘Peroni Nastro Azzurro.’

This beer exports to over 75 countries and is the most popular Italian beer outside the country. Nastro Azzurro beer is made using a special type of locally grown corn that, interestingly enough, is only able to be grown in Italian soil.

How Is Italian Beer Different?

Malt and hops represent the most dominate flavors in Italian beers. Also, some Italian beers are known to sometimes be a bit sweet.
Beer from Italy is widely considered to be very drinkable even though some of them have a slight bitterness to them. IPAs and pale ales have recently gained popularity in the country.

Why Is Beer So Expensive In Italy?

Taxes. In Italy, beer is generally more expensive compared to the price of wine because of the complicated alcohol tax-code in the country. A large portion of the reasoning behind this is to help protect Italy’s wine business.

Italian beer is hugely influence by Italian wine. In fact, they use some of the same components. Some of the most popular beers in Italy use grapes in their production. As you could expect, Beerbera uses Barbera grapes and Tibir, a beer by Montegioco’s, uses Timorasso grapes. D’Uva Beer, on the other hand, uses Freisa grapes.

How Long Can You Store Beer?

An unopened case of beer can generally be stored at room temperature for about 5 months. After that point, however, quality will drop off drastically. If the beer is refrigerated, it will last a little longer before it starts to degrade. An important thing to consider, however, is that the quality of the beer will taper off very slowly if kept cool.

Can You Drink 10 Year Old Beer?

Yes, but you wouldn’t want to. While the the beer may still be safe to drink, it will still taste terrible.

Does Beer Last Longer In Bottles Or Cans?

Light is one of the biggest enemies to beer. Because of this, canned beer will always lasts longer. Regardless of which type of material you prefer, a beers flavor will always slowly degrade over time.

Where Is The Cheapest Beer In The World?

Rome. In the eternal city you can find some beers as cheap as 58 cents a bottle.

Yes, Italy is more known for its word-famous wine far more than it is recognized for its beer. Recently, however, there have been some excellent Italian brews that have ended up on the market. Now that Italian beers are gaining in popularity, its helpful to know which Italian beer brands are the best.

While there are many contenders, Peroni Gran Riserva, Cortigiana, Moretti, Nastro Azzurro, and Quarta Runa stand out from the crowd and have become the most popular beers brands in the country. These companies were able to achieve this level of success through hard work, innovation, and a willingness to think outside of the box.

We hope this article helped you become more educated on the ins and outs of the best Italian beer brands!