If you happen to be a chili lover and you’re just visiting Washington DC, one question keeps popping in your head. Where can I get the best chili in DC? Luckily for you, after visiting nearly all the chili spots in DC, we’ve decided to take a look at the best chili spot in DC.

Created in 1958, Ben’s chili bowl is one thing that Washingtonian will ever remain thankful for. Over the past years, big names like Bill Cosby have often been associated with Ben’s chili Bowl. Besides it’s tasty and awesome chili dishes, it’s long-term association with big stars makes it a one-stop chili spot.

This awesome chili spot is located along the U street area, northwest of Washington DC. Being one of the oldest establishments there, this chili spot has seen the development and growth of the neighborhood around it over the years.

Since the years U street was known as the Black Broadway, Ben’s Chili Bowl has been serving customers. The chili store is located across the metro and Starbucks entrance, which offers a fitting contrast to the historicity of this chili joint.

As mentioned earlier, the store is associated with big names. Since it’s establishment it has been very common seeing stars like Martin Luther King jr., Dick Gregory, Redd Foxx, Nat King Cole, and many more at the bowl.

Besides their mouth-watering chili, Ben’s Chili Bowl also offers other amazing dishes that most times complement the chili. You can order your chili with a well-grilled jumbo hot dog with onions and mustard. They also offer fries and potato chips that come at a standard fare and serves as a nice compliment for the tasty chili.

Most times, customers often skip the fries altogether cos the serving may appear too large for a single person. You may be wondering how best to enjoy this mouth-watering and tasty bowl of chili. Well, you can decide to eat with your hands, but the chili bowls are served with plastic utensils to avoid spillage.

When it comes to amazing hot dogs, Americans know there how to and Ben’s chili bowl is no exception. Besides the delicious slathering and slightly spicy chili, you can still be able to taste the flavor of the hot dog at the bowl. Customers have often confessed that besides the chili, Ben’s hot dog is one of best they have ever tasted.

The atmosphere at Ben’s chili bowl is quite lively as it offers a mix of take-out and in-dining customers moving around the restaurant. Customers who have visited this chili bowl have often commended the staff as they are said to be friendly and upbeat. Ben’s chili bowl also offers numerous options for vegetarians, including burgers, chili, and a wide number of breakfast options.

Other Amazing Places to Get Tasty Chili in Washington DC

With up to 10 different locations in Washington DC, Clyde’s chili happens to be one of the best in the state. It is a family restaurant and salon that offers a welcoming atmosphere for all customers.

The major location of this chili restaurant is just a few steps away from the very popular Verizon center.

The chili from Clyde is referred to as a classic and attracts a large number of customers. It is liked so much in the state that it is also served in the menu of the Old Ebbitt Grill.

Clyde’s open late in the day allowing customers to treat themselves to the chili as a late-night snack. Served with either onion or cheddar cheese, Clyde’s chili is rather very simple.

After the closing of the Hazel’s Texas chili parlor in the late 60s, two brothers Jim and Fred Parker decided it was time for them to open a restaurant with amazing chili.

The two brothers joined heads together to create the “Hard Times” which is another restaurant that derives good chili in Washington DC.

Since then Hard Times has grown to become a regional chain with up to 16 locations spread across Maryland, DC, and Virginia. Hard Times offers four different types of chili which include Vegetarian, Terlingua, Texas, and Cincinnati which is the most ordered. Hard Times chili can be ordered as a side or topping, an entré, or even served as an appetizer.

The owners of Hard Times recommend that you pair your chili with Hard Times homemade onion rings or lager. Hard Times offers a very laid back atmosphere and is often considered a good spot to watch sports with friends. 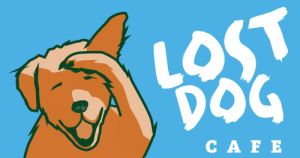 Lost Dog Cade has up to four different locations in Washington DC and is also a gourmet pizza deli. The owners of this restaurant claim their Santa Fe style of chili will soon become famous and popular.

They offer mild chili often served in a bowl or cup with green onions and shredded cheese for toppings.

You can decide to order the chili alone or have it with a bowl of spaghetti. The restaurant happens to have a sister restaurant know as the Stray Cat Cafe. You might be wondering why the restaurants both have such names.

Well, the owners of these restaurants began a foundation to help rescue stray dogs and cats from being wrongly euthanized. The owner’s sort to find suitable homes for these pets, leading to the names of the restaurants.

Best Things To Do In DC For Couples [Top 5]

Best Things to Do in Washington DC 2020 [With Toddlers, At Night & More]